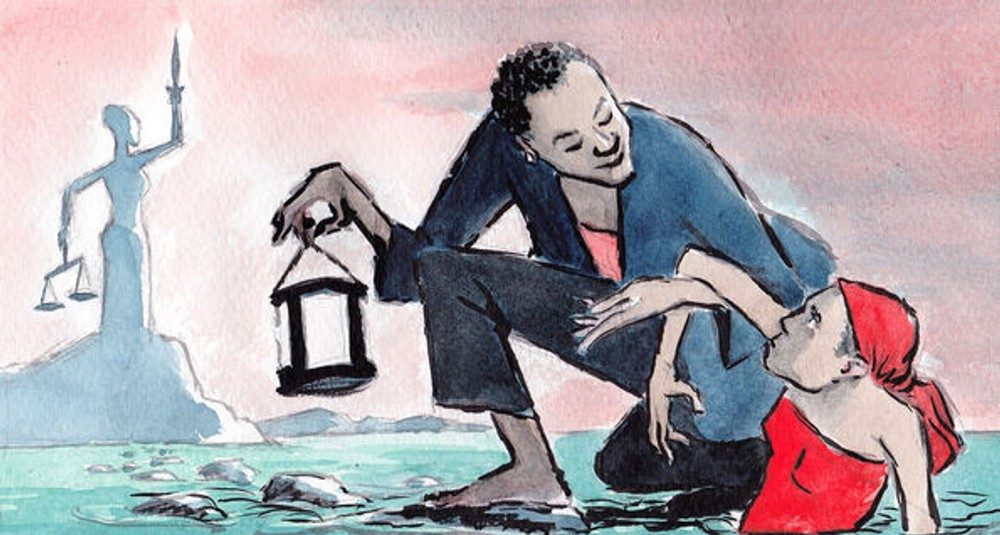 After 43 years of the said amendment coming in force, there is apparent lack of coordination in the stakeholders of justice delivery system bringing to the fore the abject failure of the State to achieve the object of Article 39A and secure the rights enshrined in Article 39A to socially and economically backward citizens. A recent news article dated the 23rd October 2019 in Deccan Herald regarding 1,658 prisoners languishing in jail even after completion of sentence due to their inability to pay fine imposed on them, with 42 of them being imprisoned for more than five years is burning example of the fact as to how the State has been negligent in its duties.

Article 39A Constitution of India: “The State shall secure that the operation of the legal system promotes justice, on a basis of equal opportunity, and shall, in particular, provide free legal aid, by suitable legislation or schemes or in any other way, to ensure that opportunities for securing justice are not denied to any citizen by reason of economic or other disabilities.”

Similar is the situation in India, where a socially and economically backward citizen, in the absence of an efficient lawyer, is unable to solve the legal maze, when confronted with intricacies of the complex legal system of this country.

However, even after 43 years of the said amendment coming in force, there is apparent lack of coordination in the stakeholders of justice delivery system bringing to the fore the abject failure of the State to achieve the object of Article 39A and secure the rights enshrined in Article 39A to socially and economically backward citizens. A recent news article dated the 23rd October 2019 in Deccan Herald regarding 1,658 prisoners languishing in jail even after completion of sentence due to their inability to pay fine imposed on them, with 42 of them being imprisoned for more than five years is burning example of the fact as to how the State has been negligent in its duties.[i]

Even after the formation of National Legal Services Authority (NALSA) and various State Legal Services Authority, indigent citizens are fending themselves for equality before complex justice system in absence of efficient legal representation. It is a bitter truth that competent legal representation cannot be gained without spending considerable moolah. The failure of the State in systematic denial of constitutional guarantee of legal aid to poor and illiterate has eroded their confidence in the judicial system of the country and its stakeholders.

Madras High Court had in 2012, while dealing with a case of detention of a convict for more than six years for not paying a fine of Rs 2.1 lakhs, observed that to cast a person in prison because of his poverty and consequent inability to pay fine is "appalling".[ii] It is an open secret that an average senior counsel before the High Court or the Supreme Court earns that amount as appearance charges in a matter of few minutes. The disparity in earning a particular amount by lawyer for “few minutes” of appearance and spending “six years” behind bars due to lack of proper legal representation is not only regrettable but the persons responsible of efficient management of judicial system should be racked with shame for their inefficiency for ensuring legitimate right to the citizens guaranteed in the Constitution.

The failure of the legal system to promote justice based on equal opportunity and to provide free legal aid cannot be entirely attributed to the State, but the blame must be equally shared by all the stakeholders who have solemn duty to protect the sanctity of Constitution. The State despite being aware of the inefficiency of the free legal aid system has been sluggish in its approach to coordinate with the law enforcers to ensure effectiveness. Although State has taken some initiatives, the steps taken by State are just too little too late.

By incorporating Article 39A in the Constitution, the State ensured free legal aid to the poor and weaker sections of the society, but there was no initiative to implement the same until the courts started prodding and urging the State for ensuring efficient justice delivery system to the poor.

In Hussainara Khathoon Vs. Home Secretary, State of Bihar reported in A.I.R. 1979 SC 1369; Apex court called upon the government to frame an appropriate scheme for providing legal aid to the poor. The Supreme Court observed:

“We may also take this opportunity of impressing upon the Government of India as also the State Governments, the urgent necessity of introducing a dynamic and comprehensive legal service programme with a view to reaching justice to the common man. Today, unfortunately, in our country the poor are priced out of the judicial system with the result that they are losing faith in the capacity of our legal system to being about changes in their life conditions and to deliver justice to them. The poor in their contact with legal system have always been on the wrong side of the law. They have always come across ‘law for the poor'; rather than ‘law of the poor’; The law is regarded by them as something mysterious and forbidding-always taking something away from them and not as a positive and constructive social device for changing the socio-economic order and improving their life conditions by conferring rights and benefits on them. The result is that the legal system has lost its credibility for the weaker sections of the community. It is, therefore, necessary that we should inject equal justice into legality and that can be done only by dynamic and activist scheme of legal services.

However, despite all its endeavours, unfortunately, NALSA failed to achieve the purpose of Article 39A of the Constitution. NALSA slowly and gradually became skeletal body without soul which merely pursues formality to adopt the objectives of Article 39A.

The foremost problem in approach of NALSA / State Legal Service Authority for providing legal aid lies in its procedures which are not only cumbersome but also flawed and inefficient. For instance, if a poor and illiterate person wants to seek legal assistance from NALSA, he is expected to approach the concerned authority or committee through an unwieldy process, which cannot be expected to be accomplished by a needy person. Therefore, the “intent” and the “procedure”, adopted by the NALSA/ State Legal Service Authority for delivering justice to poor are contradictory to each other.

Apart from the inefficient system adopted by NALSA, quality and accountability of the legal aid lawyers have virtually clogged the legal aid system from delivering an effective remedy to the poor in consonance with the intent of the Constitution.

A recent study titled ‘Hope Behind Bars’ by the Commonwealth Human Rights Initiative based on data received from 29 states and Union territories, found the National Legal Services Authority as having made rapid strides in the past decade but significant discrepancies across states in legal aid communities, who make up more than half of India’s prisoners, according to the 2016 report of the National Crime Records Bureau. [iii]

The study also found out that the lawyers are compensated by the government at rates that are below the market average and there are at least 70,000 legal aid lawyers in India, but the per capita spending on legal aid was just Rs 0.75, one of the lowest in the world. In contrast, the per capita spending in Australia is $23 and in Argentina $17, the study said. The average time between application for legal aid and lawyer assigned was 11 days nationally, which stretched to 48 for Rajasthan. The best performers were states such as Andhra Pradesh (which took less than a day to allocate a lawyer) and Kerala (which had the highest number of legal aid lawyers per district at 234)

The failure of NALSA in providing a foolproof mechanism has given rise to several individual bodies who have emerged to provide legal aid to the poor and weaker section of the Society. The National Law University, Delhi has taken the initiative named “Project 39A” which provides legal aid to the poor and needy to achieve the underlying goal of the Article 39A of intertwined values of equal justice and equal opportunity by removing economic and social barriers.

Similarly, several institutes and organisations have started a similar initiative to provide legal aid to the economically weaker section of the Society. However, the module and the structure of such institutions are failing in its outreach to general public in desperate need of legal aid. Sometimes due to lack of financial assistance and other times due to unavailability of lawyer volunteers and cumbersome procedures in preferring an application seeking legal aid.

The underlying goal of Article 39A to impart equal justice and equal opportunity by removing economic and social barriers will not be achieved until and unless remedial measures are adopted by engaging stakeholders of justice delivery system such as bar associations, judges, lawyers, law students, court personnel, police officers and other individuals who are responsible for enforcing the law and the interpretation of the law and sensitising them with the pressing need of inclusion of the poor and needy for access to justice.

Today's unparalleled access to information is breaking down social barriers between different social classes. However, a socially and economically backward litigant cannot be expected to understand the nuances of primary law. Initiatives should be taken by the Law colleges to impart basic understanding of the law to the indigent litigants by involving law students/ volunteer lawyers rather than expecting such litigant to approach legal aid societies and institutions seeking legal help by filling a form and explaining their case to authorities of such legal aid service providers.

Local Bar Associations with involvement of law colleges can take initiatives to establish Community Legal Clinic on the lines of Community Health Clinic to (a) provide basic understanding of the case to indigent litigant (b) assist or collaborate on pro-bono initiatives with other agencies. Such Community Legal Aid Clinic can get volunteers by encouraging law students to one-to-one basis meetings with indigent litigant rather than taking them to court visit and jail visit, which is nevertheless futile exercise. Junior lawyers should be encouraged by Bar Associations to take pro-bono matters rather than depending on State Legal Services Authority to act for the poor.

The essential role of the law firms for effective implementation of access to justice to all cannot be overlooked, and therefore law firms should be engaged by the Bar Associations and the State for achieving the goal of access to justice by removing economic and social barriers. Law Firms should be obligated to cater to a certain number of pro-bono matters for achieving the aspiration echoed in article 39A of the Constitution.

Recently, the Law Ministry has taken the initiative to ensure that free legal assistance extended by a lawyer to the needy should be an essential criterion while considering him for elevation as a judge. The guidelines fixed by the Supreme Court for itself and the 24 high courts, which governs the exercise of designating lawyers as seniors also talk about pro-bono activities undertaken by an advocate.

In conclusion, until and unless all the stakeholders come together, the goal of Article 39A to promote justice on the basis of equal opportunity by overcoming economic and social barriers cannot be achieved.

Akhilesh Sheshmani Dubey is Advocate and Solicitor practicing before Bombay High Court and can be reached at mail@akhileshdubey.com

Click below to fix an appointment on WhatsApp or send us an email to admin@akhileshdubey.com 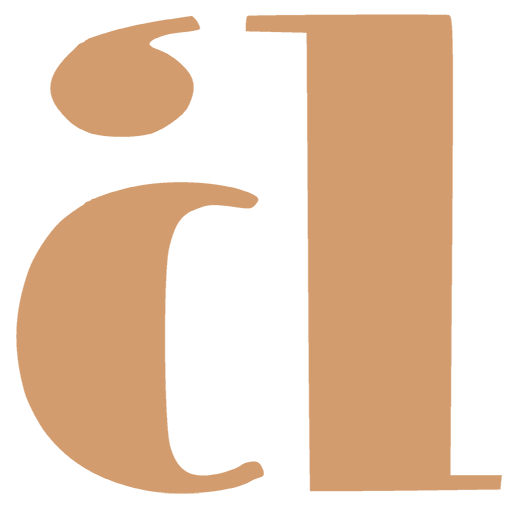 Support Akhilesh Dubey
× How can I help you?